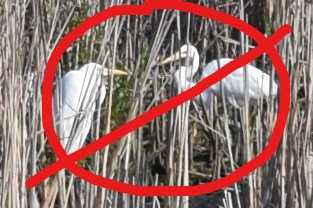 You never know, ya know? Except when you do.

Back in my twenties, I dated a guy we’ll call R. This R was the love of my life. Probably still is, at least, until I snag my next one. However, R and I broke up twice back then (read: he dumped me twice back then). Never mind those circumstances, they’re not important, just know that R came back into my life in my forties, looking for a second/third chance to make things right. After those two spectacular breakups in my twenties, do you think I’d learned?

** Oh, this time will be different, because it’s obviously meant to be! **

I flew right back into his arms, only this time, the breakup was exponentially more explosive. Trust me, friends and family can attest to the fact that his Third Dumping of Me was by far the most successful and I indeed did splat splendidly.

Should I have known better than to try and rekindle? Yup. Did I try to rekindle anyway? Yup.

Who do you think learned the biggest lesson?

He did. I was still studying.

Fast-forward four years, when for some reason, I thought about this guy we’ll call M. Now, M was a high school crush that never got off the ground for a myriad of reasons. Not heeding anything I should have already learned about resurrecting past flames, I dug and scrounged and scratched and clawed until I found M online, in the most obscure way possible.

Can you guess what happened? I’m sure you can, because you’re sharper than I am. But let me sprinkle in some details for flavor.

A meeting, an attraction, a reunion of sorts, several dates in clandestine locations. I’m not sprinkling in e.v.e.r.y detail, but you’re smart, you can figure it out. Anyway, long-distance relationship for two months, filled with calls, texts, proclamations of What Should Have Been Way Back When and plenty of You’re So Different Than What I Expected and I’m So Glad You Got in Touch with Me.

One fateful weekend, when he was here visiting his kids, he invited me to his big Christian Cult. (I could call it a church, but I don’t like lying.) For him, I suffered through it for almost two hours. Then, out to dinner with his entire family, kids, mom, siblings. I thought I was doing a really good job of blending with the family. Apparently not, because then?

Nothing. No word. For two whole days. His wayward “Hey” text was answered by me with a slight chastization, because I am nobody’s doormat, doorstop, door-anything. If we are full-on dating, I’ve attended your church AND met your family, a simple text isn’t too much to ask, no matter how busy you are or how late it is.

Which turned out to be an ironic revelation in itself, because a full day later, he left. One, without even telling me his intentions, two, without even seeing me to say goodbye, and three, after texting me one last time. You, of course, already know what was about to happen, right? I was about to receive The Dump Text.

Yep, this pillar of maturity I spent so long trying to find didn’t have the balls to call or see me, despite being a mere five miles away. To add insult to injury, being a pilot, he turned his phone off immediately after texting me so I had no way to respond while he was in-flight. I tracked said flight back to Texas and waited ten minutes for him to disembark. I dialed.

He picked up the phone. Hello? Who is this?

Um, really? I had to laugh at this point, because he was obviously expecting me to rant and rail and bitch him out. I did none of those. I just said, M, I get it, you don’t want to continue, you could have just told me. We’ve not talked since, despite his again serenading my ears during that phone call with We Should Stay Friends! and I’m So Glad We Had This Time Together! (Carol Burnett, I hear ya. Soooo long…)

Another fast-forward to present day, more or less. Several months ago, I met a guy I’ll call J. J piqued my interest at a Christmas party and left me insomnia-bound for two days, wondering how we could have clicked so well and parted without any follow-up offers. I don’t often click with guys so immediately, and so I decided, thinking of a previous J that I had NOT reached out to and regretted ever since, I wasn’t going to let history repeat itself. I sent this New J a message. Which – he to this day has never read. It sits languishing in his FB message queue. After meeting again at another party months later, I realized the cold hard truth: he was seeing someone and they were indeed serious. What I thought was a click was, to him, a mere clack. Still, at least I tried. We did talk, albeit knowing he was unavailable didn’t thrill me. He’s an interesting man regardless. Which got me to thinking…

About the Old J, the one I met in 2005 during filming of a Keanu movie in Chicago. Old J and I had hung out during the long days of extra-ing. He was a production assistant and I was just trying to get a glimpse of Keanu. My life was awkward. I was in the middle of a divorce, my father had died suddenly the week before, and I had just moved for the second time in six months. This J made me laugh, flirted with me, and somehow seemed like a ray of sunshine for my soul during those three days. I wasn’t ready to take any steps at that point, so I didn’t. One of my friends told me I definitely should have, as she was sure “something should have happened” between us.

Through the years, I’d always been rather wistful about this J, so when the Christmas-party J slipped through my fingers, I thought, I don’t want to regret not reaching out to another J! And, in the months since the second J-fail party, I’d thought about the first J. A lot.

Now, I am fully cognizant of the fact that reaching back into my life has never reaped a bountiful crop. Nevertheless, I persisted. Cuz I’m still an idiot sometimes. I did some investigating. I’m Facebook friends with a friend of another Facebook friend and they are in the Chicago film business. I asked him how I could find a certain someone named J from the Keanu movie I was an extra on. And through some research, I found him.

What’s funny is, I realized when I went to Facebook message him, that I had already done so six years ago and had completely forgotten about it. I had already found him somehow, and time was kind enough to let me forget this fact.  And, since I’d already learned my lesson about past relationships, I didn’t do anything.

Huh. Okay, so that’s a lie. Pass me the cordless drill and a large drill bit so I can install this tidbit permanently into my skull, please.

I did not, in fact, learn that when something did not happen in the past, it’s because it wasn’t meant to. But I was about to finally listen to my own little pearls of wisdom.

After I messaged him again, of course. Because apparently I’m a bit brain dead.

A few minutes after I pressed send, I researched him and found his Twitter page. He is the owner of his own extra casting company downtown, and so I began reading.

And what did I find?

He’s a full-on Trumpster. Not even a mild one, but a huge flag-waving one.

This here Pretty-Liberal-and-Proud-of-It will not suffer even one date with a Trumpster – ever.

Put down the drill, cuz my cheek felt the slap from the past as if it were real — a harsh, open-handed, leave-a-mark slap, and no power tools are needed.

Did you know you can delete an entire conversation on Messenger?

Hell, yeah, you can. Did I? Hell yeah, I did. Sometimes even idiots learn.

As I chuckled to myself at my desk, I figured, the Universe had reacted to my infinite will, way back in 2005. I just didn’t know it yet, that Time is merely a concept and your infinite will always knows best, because it is timeless. It knew he was not the man for me. I went full-on laugh when I surmised that no man so far has been the man for me, but that’s another revelation for another column… I can’t handle too many pearls in one week.

Just wanted to impart some wisdom to anyone willing to listen: the next time you regret not reaching out, not putting yourself out there, or wonder why you never heard back or you flat-out got rejected either by somebody, or a job opportunity, etc.? It’s because the universal will knows better than you do.

Heed the Universe, man. It really does have your best interests at heart. Trust it.

One day, maybe that other J will open his Facebook message box to read what I sent him. Maybe he won’t. Either way, universal will’s got my back. 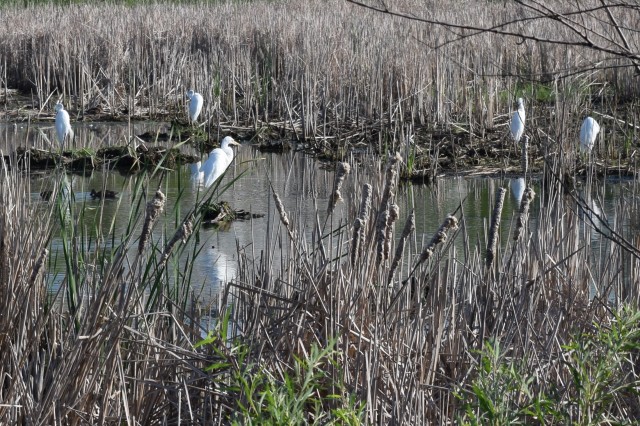 (These photos are mine. Trust me, those egrets are indeed rejoicing.)